Make the most of your shopping experience by creating
an account. You can:

Access your saved cars on any device.
Receive Price Alert emails when price changes,
new offers become available or a vehicle is sold.

Five hundred are planned, and the mid-engined car promises a “raw and unforgettable driving experience.” Positioned just below the no-holds-barred Valkyrie, Son of Valkyrie will be a more “practical” mid-engined hypercar suitable for the street.

The full press release is below the photos.

Orders are now being accepted, and with world-wide demand, the vehicle will sell out quickly.

Register your interest with Aston Martin Brand Manager Brendon Wright at BWright@EAG-DC.com or 703-712-8324 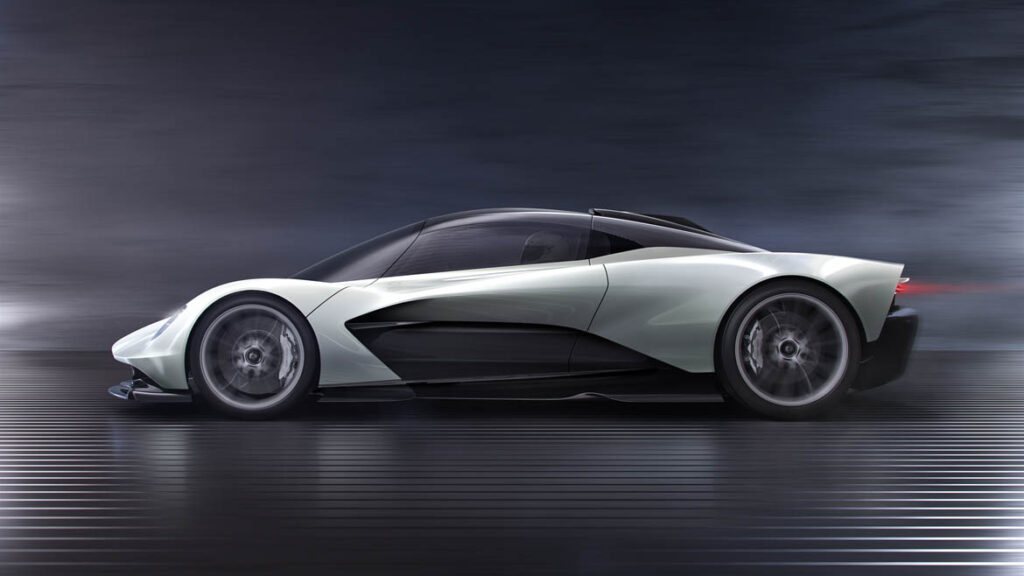 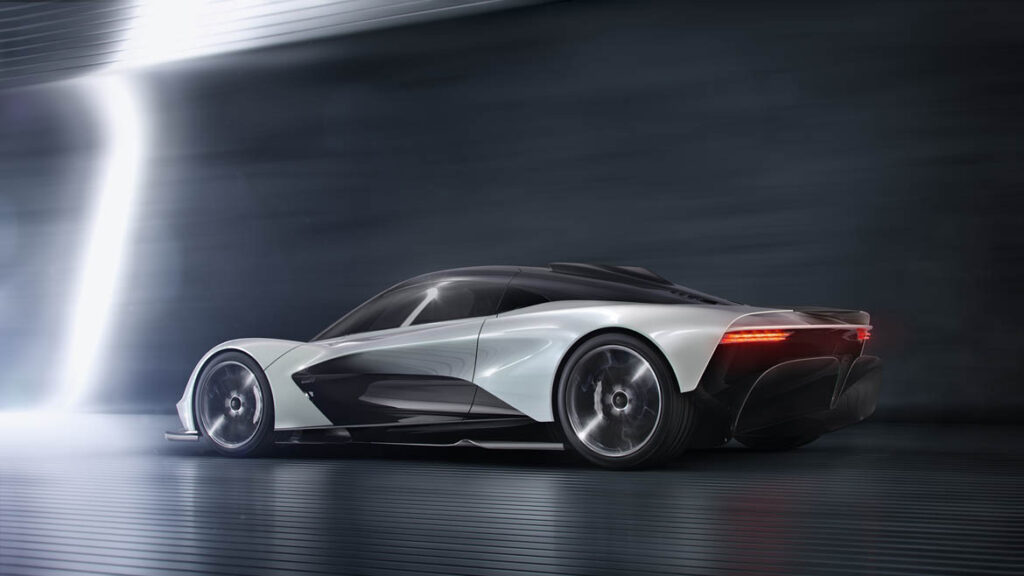 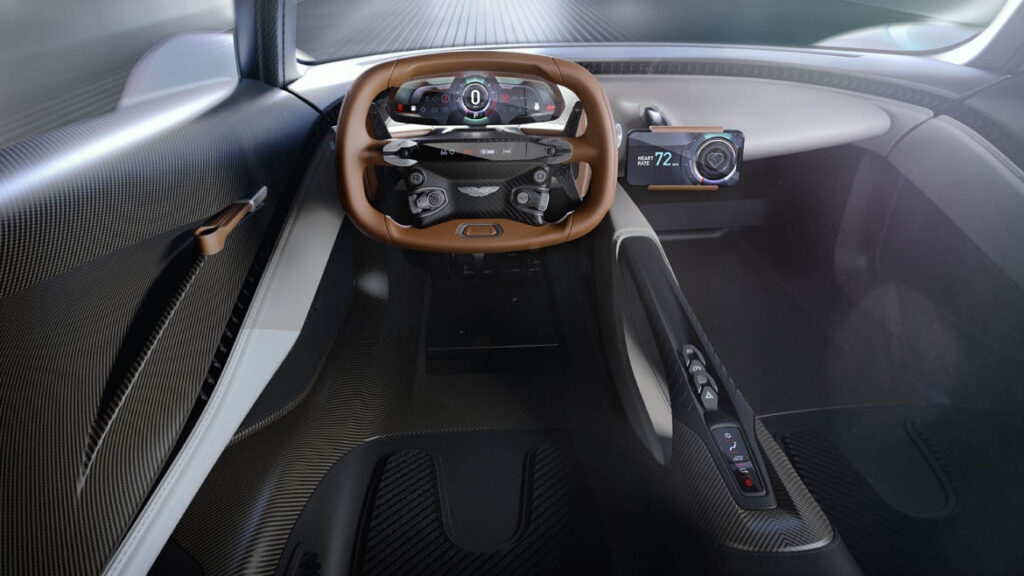 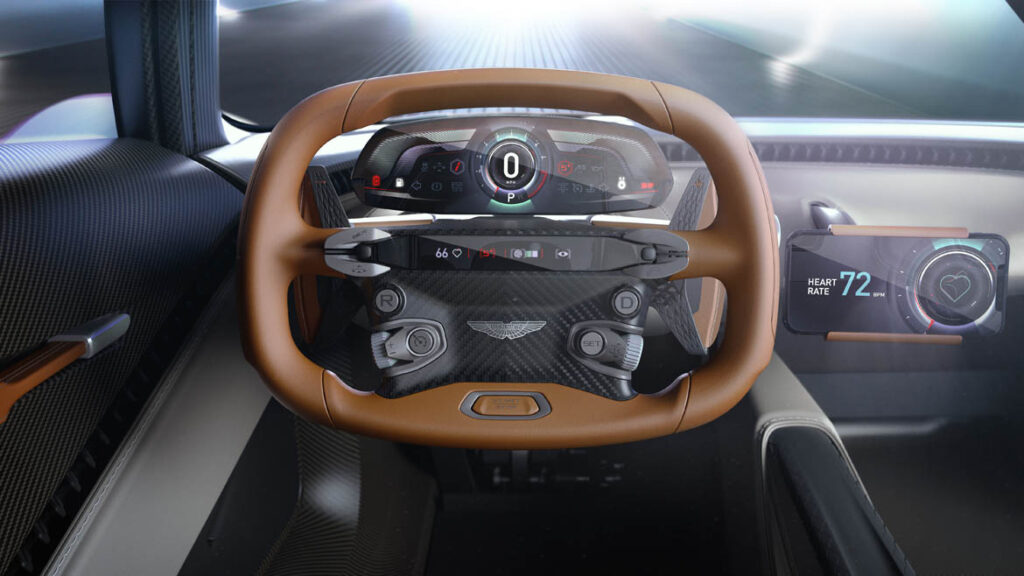 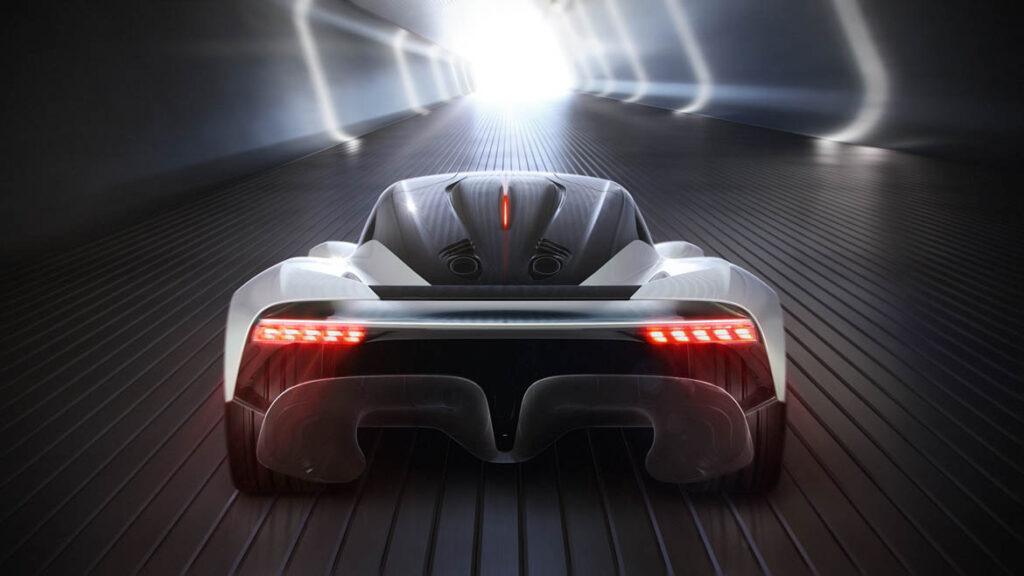 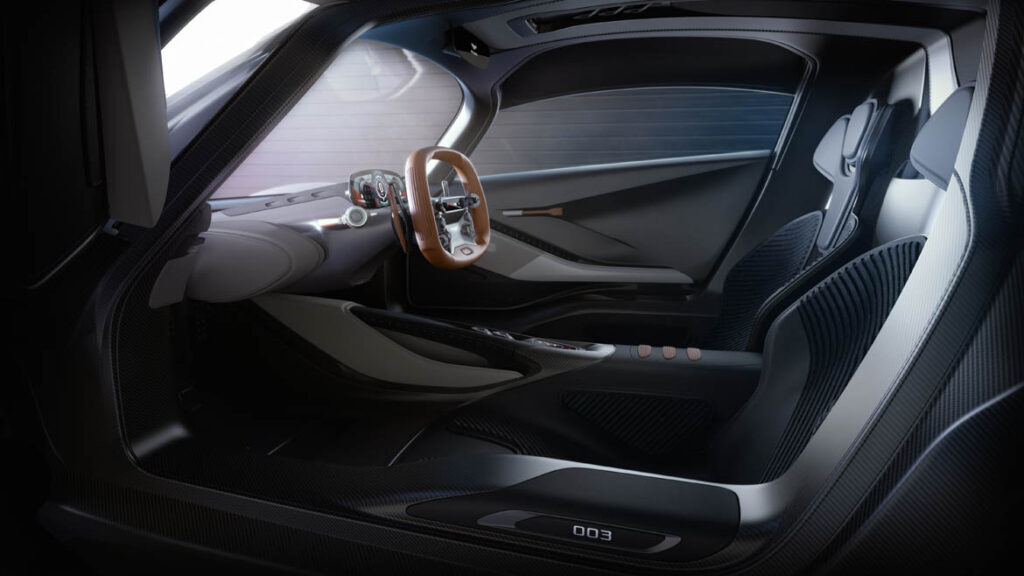 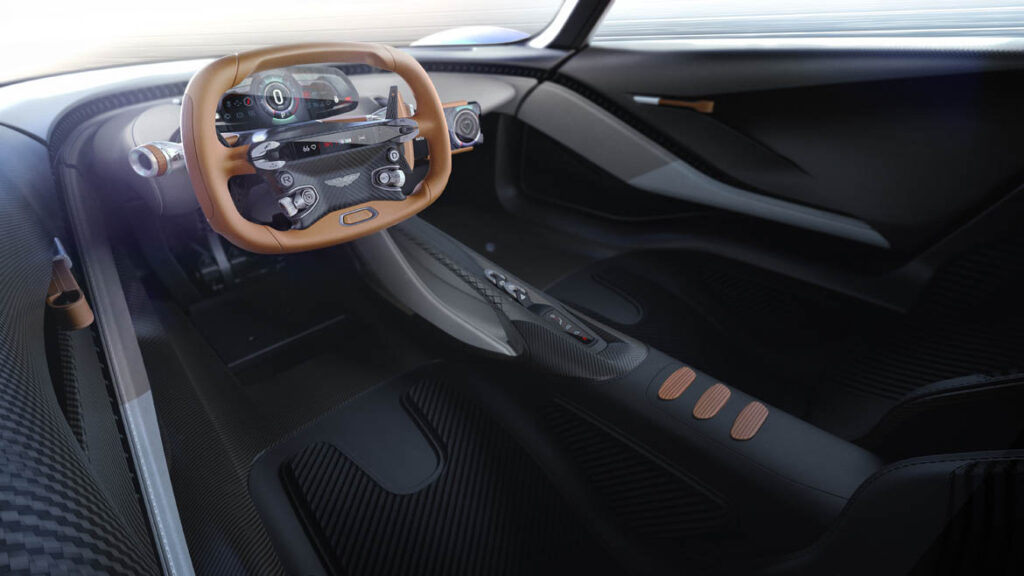 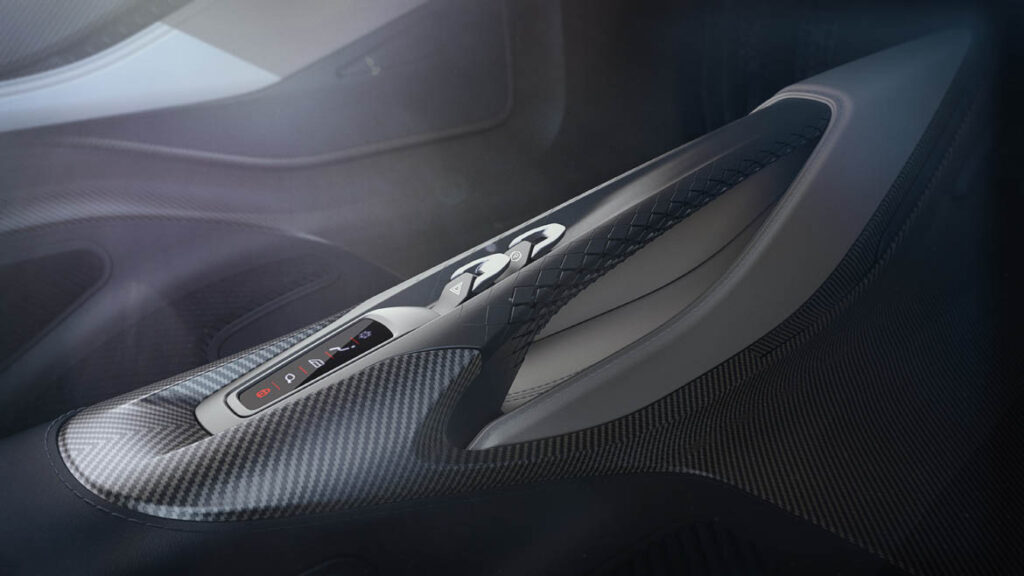 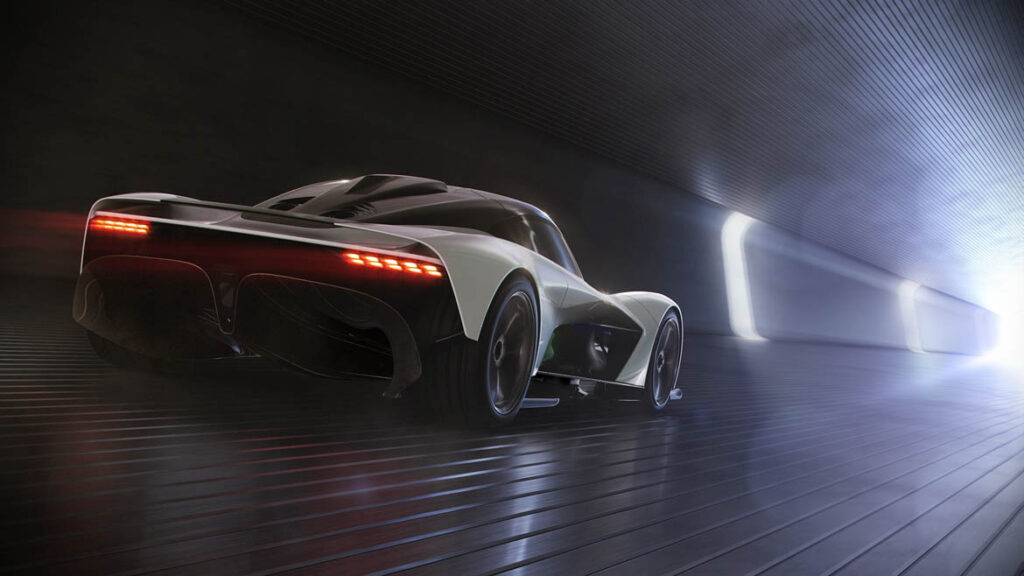 05 March 2019, Geneva, Switzerland: Continuing its march into the manufacture of mid-engined hypercars, Aston Martin is proud to present the design concept for AM-RB 003 at the 2019 Geneva Motor Show.

The British marque can also confirm that AM-RB 003 – previously known as Project 003 – will benefit from the close involvement of Red Bull Advanced Technologies in its design and engineering, continuing one of the brightest and most exciting engineering partnerships in the automotive world.

As its codename suggests, the AM-RB 003 follows the Aston Martin Valkyrie and Valkyrie AMR Pro as the third hypercar in Aston Martin’s mid-engined story. Both evolutionary and revolutionary, AM-RB 003 will incorporate concepts and technologies taken directly from F1TMand applied to the epoch-making Aston Martin Valkyrie, providing it with performance to meet and surpass the performance demands of existing top-end hypercar rivals.

Though making greater concessions to practicality and road use, AM-RB 003 will remain true to
that uncompromising engineering ethos, extending the trickle down of genuine state-of-the-art F1 TM technology into a car built in larger numbers – but still strictly limited to 500 coupes worldwide – and making a design statement that’s second to none.

According to Miles Nurnberger, Aston Martin Director of Design, while AM-RB 003 is heavily influenced by Aston Martin Valkyrie, it is very much its own car: “We were quite deliberate in AM-RB 003 to not disguise its lineage, but we were equally emphatic that it would be a distillation of Aston Martin Valkyrie and not a dilution. The design isn’t as extreme in some areas, but it pushes just as hard in others, and is even taking certain ideas and concepts a step further. That’s a natural function of design evolution, but also testament to just how great an influence working with Red Bull Advanced Technologies on Aston Martin Valkyrie has had on our approach to everything that’s come since.”

Sharing the same fundamental styling and aerodynamic philosophy with Aston Martin Valkyrie, the AM-RB 003 features a pronounced front keel and large rear diffuser, with the underfloor generating the bulk of the downforce. However, AM-RB 003 will also benefit from next-generation aircraft morphing technology, to create a variable airfoil across the entirety of the rear wing.

The technology named FlexFoilTM – developed by FlexSys Inc. – has been validated by NASA through extensive performance and acoustic flight testing, with Aston Martin the first to implement this cutting-edge aerospace technology in the automotive industry.

Anyone who has attended an Exclusive Automotive Group event knows David Bilger. A passionate car guy with a strong suit for digital marketing and

How to Maintain Your Car

Q&A with Steve Hula, Fixed Operations Director at Exclusive Automotive Group  What is the biggest mistake people make when it comes to maintaining their car?

We have one last article to share with you about our big move to Loudoun County. Local writer Rachel Bessman wrote an interesting and informative